the Economy: Home and the World
Leave a comment

Scott Sumner notes that the market wants easy money. This shouldn’t be coming as news to anyone, but we do have Congressmen that confuse governments and households. What really interested me about Sumner’s post was a little comment about youth unemployment towards the end:

On the other hand I agree with Tyler’s more recent post claiming the US labor market has structural problems.  Unlike Tyler, I think more AD could help fix those structural problems (by pushing Congress to lower maximum UI from 73 weeks to 26 weeks).  Tyler’s right that the big problem is among the young.  The fact that we are thinking of again boosting the minimum wage boggles the mind.  The recent rise in youth unemployment can NOT be fully explained by the recession.

I’ve argued that increases in the minimum wage have a particularly devastating effect on  youth and minority workers. I don’t think any wage controls should be implemented without well-thought exceptions for our youth, like the United Kingdom. Indeed, I would prefer that certain minority-concentrated areas also get exemptions from a wage control, but that would just be racist.

However, I really don’t understand Sumner’s claim that recent youth unemployment can’t be explained by the recession. 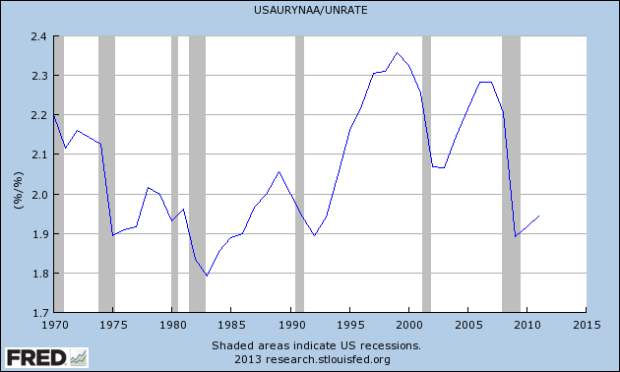 There is a signaling problem: the New York Times recently reported that it’s impossible to find even a menial job without a degree. This is particularly exacerbated by the recession where underemployment of the skilled crowds-out the truly unskilled.